The intention is that the viewer should mentally put themselves inside and “inhabit” each individual space and consider their experience, how it makes them feel, how it registers with their five senses and how they consider the issues of human interaction within the space.

I have presented this project in 3D, constructed from 6mm plywood.  Each diorama/shadowbox has two hinged doors, the outside of which representing the front of the building and the inside which is intended as a platform for discussing the issues surrounding human interaction with the building itself and within wider society.

Since moving to Hereford in 2016 I have reacquainted myself with an interest in ecclesiastical architecture and the decorative arts and this started by being an investigation of that and then moved on to consider examples from other faiths that I found visually inspiring.

Working on this project has given me an increased awareness of “material thinking” i.e. understanding the properties of the wider range of media rather than those just designed to paint, draw, and print. I had to consider fitting the individual elements together to join and function properly and work with tools with which I was previously unfamiliar.

Whilst inspired by examples of the Victorian cut out paper theatre and the Krakow cheche models made by Clive Hicks-Jenkins, I did not undertake the project with the view to recapturing either a historical tradition or trying to explore a contemporary one. Rather, up until now, I have worked exclusively in 2D but wanted to explore a more craft-based approach in preparation for a possible MA in Contemporary Crafts also at HCA. 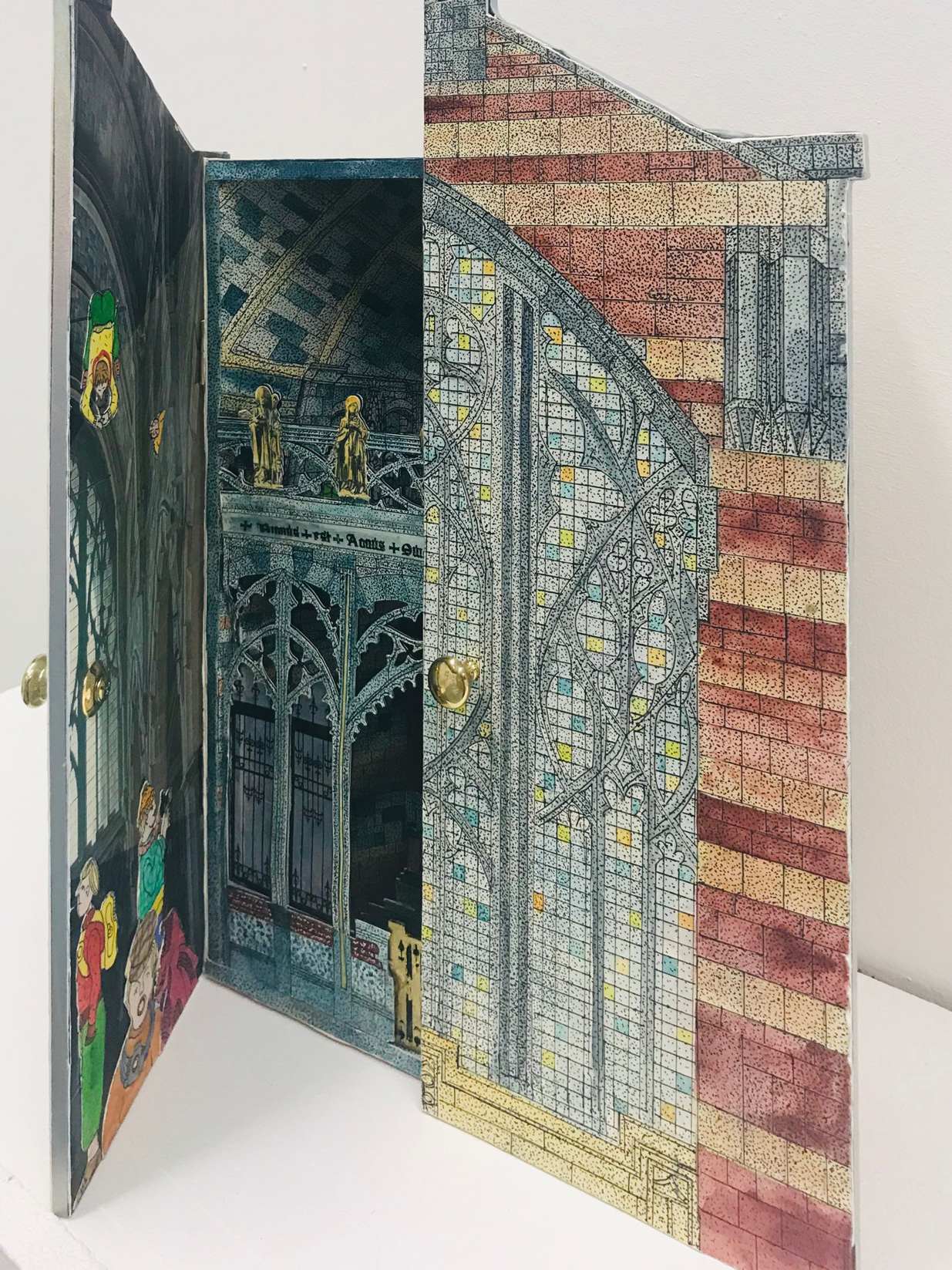 Bethany Curtis (One Year On)